(seeing the warning signs of an attack before it even happens) 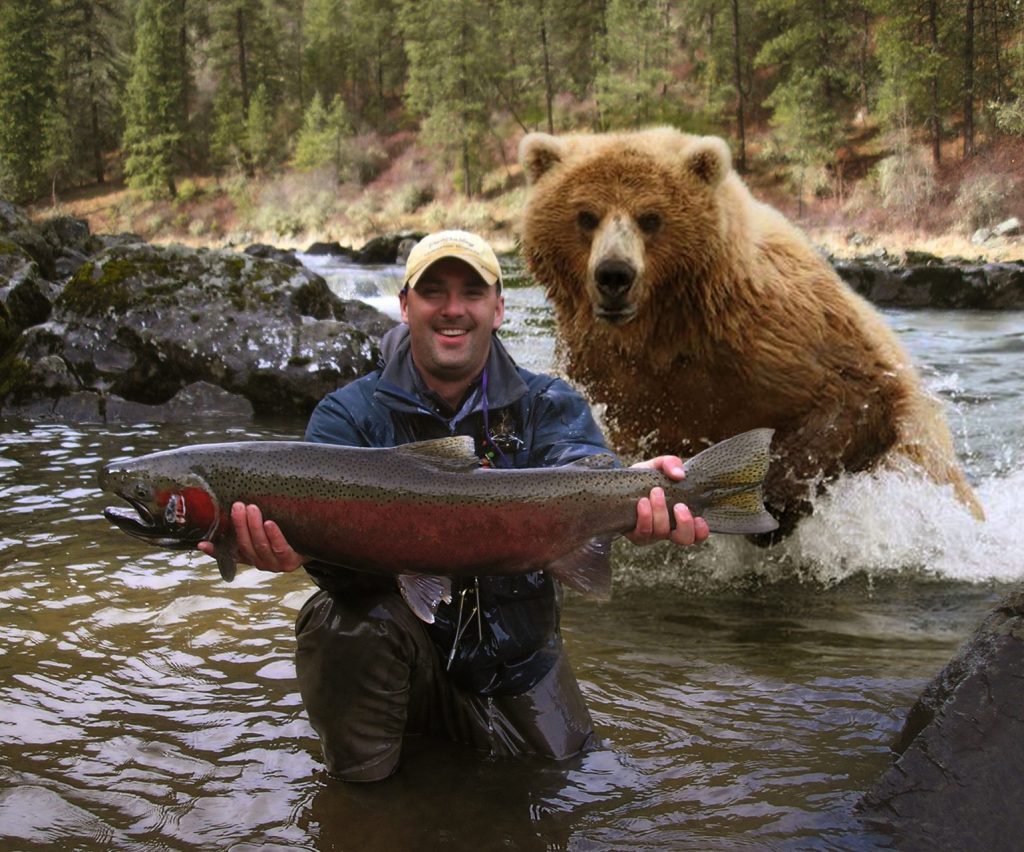 But what is “situational awareness” ? What exactly is it, what does it look like ? Define it, explain it, teach it !
How’s this ?  It means seeing what is around you clearly (especially those things that do not want to be seen)

An ounce of situational awareness is worth ten pounds of gun skill.
(meaning it’s far better to get away from a *situation then trying to get yourself out of one that gone sideways) 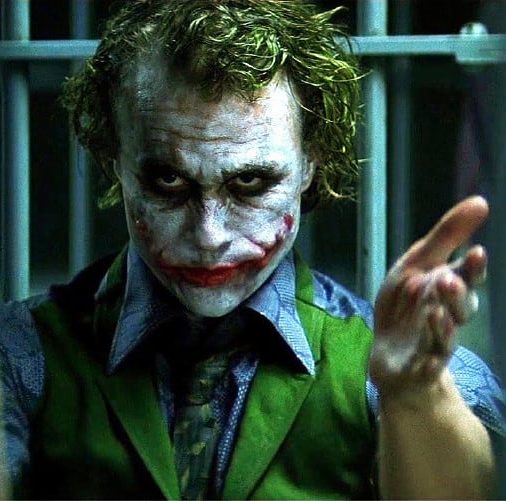 Bad guys don’t look like bad guys so we can’t rely on physical appearance to detect an attacker.  We tell our kids “stranger-danger” to help them stay safe with no reliance upon their own perception of the appearance of the stranger. It doesn’t matter if they look friendly or not … keep your distance.  So as adults, we need to realize that we can’t rely on appearance any more than the child should be doing so.  Every stranger approaching is to be placed under the same scrutiny for our own safety’s sake !

Being able to identify the “pre-warning” signs that someone might be preparing to attack you is highly valuable for two reasons:

What are the pre-attack warning signs? Some are extremely obvious, while others are not so apparent but still detectable if you’re looking for them. The most obvious ones are the verbal cues. The bad guy will tell you, “I’m not going back to jail. I’m going to kick your a–.” etc.

Recognizing nonverbal preattack warnings signs is something we all need to work on, as they are not as obvious. It’s said that between 60% and 90% of human communication is body language, or nonverbal communication. A recent study cited Botox as a factor in miscommunication, both in the workplace and at home, for an individual’s personal life. This is because other people are often unable to read the “facial expressions” of a person who has received Botox treatments. Imagine giving your spouse some horrendous news, only to have them sit there expressionless with a frozen face. Thankfully, most people’s faces and other body language communicate what they’re thinking or feeling, whether they realize it or not. If you know what to look for.

Let’s take a look at preattack warning signs you’re likely to encounter on the job.

There are many non-verbal cues signifying a potential attack that the subject might be unaware of exhibiting. One of them is conspicuous ignoring. You’re asking this person some questions, and they just stare at you with this blank look on their face. Yeah, it’s not Botox. They’re ignoring you because their mind is focused on something else. Maybe on how to escape and get away from you, or maybe on how they’re going to attack you. Either way, caution is warranted.

Body tightening or flexing of the muscles are other good cues to look for. Subtle ones include the muscles in a person’s neck tightening up, or seeing a person’s shoulders rise up slightly as the related muscles tighten up. Maybe you’ll notice a clenched jaw as the subject’s face tightens.

A change in breathing is something that’s done completely subconsciously. It goes back to our fight or flight syndrome. The brain, automatically, is preparing the person for fight or flight by oxygenating the blood. The brain is telling the lungs to get that air in because something is about to happen for which the body is going to need it.

Loading weight onto one leg usually means preparation to move the other fast. Loading the front leg could mean a sudden forward movement from the attacker. Loading back leg usually means sudden feigning movement or rapid movement of leading leg and foot to one side or another (a lateral move before attack)

Quite a few preattack warning signs involve the suspect’s eyes. A big one, and it gets overlooked a lot, is target glancing. There are a number of videos out there where you can actually see the perpetrator glancing or looking right at the victim when there is no good reason to or looking them over to check valuables or defense weapons. Have you ever been talking to someone and noticed that they keep looking down? You probably thought they were just being rude by not looking you in the eye, but they could have been sizing you up, checking for defense weapons, deciding if you were worth the trouble etc.

As you’re interacting, he or she may start looking around. The person could be looking for a way corner you, overpower you, for your friends (backup), or for any witnesses or other people who may try to help you. They may also be looking to see if their “help” is positioned and ready to trap you.

For preattack warning signs you’ll also want to look at the suspect’s eyes themselves and check for opened eyes. On most people you’ll only see the white portion of their eyes on either side of the pupil. On excited or agitated people, you will see white on the top and or bottom of the eyes. Have you ever heard of the expression, “their eyes got really big?”

Persons with dilated pupils are in a state of great emotional excitement or anger and could potentially pose a real threat. Even if the person’s eyes are dilated as a result of narcotic use, this person still poses a real threat, as the majority of subjects who assault officers are under the influence of narcotics and or alcohol.

But not all body movements warning of an attack are so subtle. Squaring off or blading the body is a well-known and easily recognized sign. It’s commonly referred to as a “boxer’s stance.” The subject’s strong side foot will usually drop back, and they may crouch a little to lower their center of gravity by bending slightly at the knees and leaning forward a little.

Crowding the victim is another sign. If someone is going to assault you with their hands, an edged weapon, or some other personal weapon, they need to get in close to do it. They’re not going to stab you from 21 feet away. They’re going to close the distance and try to catch you off guard.

(distance=time … the more distance between you, the more response time you have and even 2 feet can provide the chance to block a knife jab… so don’t be afraid to establish and maintain a bubble that represents two to three steps away)

Also be on the lookout for exaggerated movements or ceasing all movement. They’re stomping the ground, throwing their arms in the air yelling and screaming. Or, they’re doing all that, and then immediately cease all movement and become totally calm. There may be some mental health issues going on there, but either way it’s a preattack warning sign.

Any sudden movement, or any covert movement, should be taken seriously as a preattack warning sign. They could be attempting to conceal or reaching for a weapon. Context determines whether you should step back or move in.

For example, take notice if you see a subject protecting personal items or rearranging clothing. This includes removing a watch or putting their cell phone “someplace safe.” This could include repositioning or removing their hat, taking off rings, adjusting or tightening their belt, etc. It sounds a little clichéd, but it happens. Rearranging clothing could be a means to conceal a weapon, or maybe they’re untucking their shirt so they can swing their arms better.

Any attempt at distraction is another preattack warning sign. They could be pretending to look over your shoulder at something. Maybe point behind you to make you turn around. If you’re dealing with more than one person, the other person could try to distract you in some way. (or perhaps you think it’s only one person distracting you from seeing the others)

Repetitious questioning is another preattack warning sign. You ask them, “What’s your name?” They respond with, “What’s my name?” You ask, “Where are you coming from?” and they answer, “Where am I coming from?” Answering questions with questions is usually an indicator that the person’s mind is preoccupied with something else. It could be because they just got caught doing something wrong, or it could be because they’re trying to figure out how or when to attack .

Be alert for any sudden attitude change evident in words and action as well. For example, changing from disrespectful to respectful, aggressive to passive, loud to soft.

One preattack warning sign by itself may not be enough to determine if the person you’re dealing with is in fact going to attack you. However, when you recognize two or three, or even more, warning signs clustered together, it’s a good bet that you’re about to be attacked in some way by the subject.

Action is always faster than reaction. Even if the bad guy pulls his weapon first, by being aware of these warning signs you can cut down your reaction time, allowing you to respond and counterattack more quickly.

These warning signs have been around for a long time. It’s time we paid attention to what the bad guys are telling us—either through their verbal or nonverbal communication.

and oh yea, stay off your cell phones when walking around from place to place !