“A well regulated Militia, being necessary to the security of a free State,
the right of the people to keep and bear Arms, shall not be infringed.” 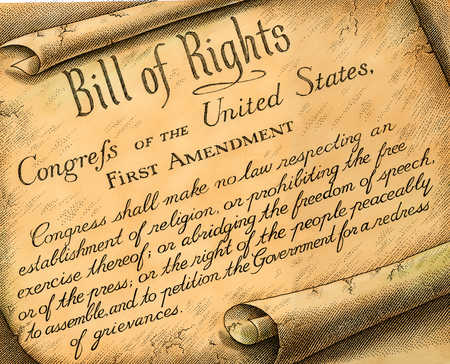 The Second Amendment. It is one of many rights outlined. It is NOT granted by the government. It is already a right before the govt came along and is simply to be recognized by the govt (elected by the same people who have the right to expect such elected govt to fulfill it’s purpose of  protecting those rights).

well regulated = well trained, held to a standard of accuracy of efficiency (like a regulated clock mechanism

militia = in the late 1700’s, this was the actual people of a settlement or town. Blacksmiths, farmers, accountants, pastors, bartenders, etc (all men of sufficient age were expected to participate as “minutemen”.

necessary to the security of a free state = required to ensure the freedom of the people, governed by and comprising the citizenry of a state of the U.S.

the right of the people = the individual citizens (this brings us back to the “Blacksmiths, farmers, accountants, pastors, bartenders, etc (all men of sufficient age were expected to participate as “minutemen”.” idea, rather than a state army which came along a few years later)  have this right.

to keep and bear arms = this is the actual right in the amendment.

shall not be infringed = means that it should not be opposed, stopped, no obstacles should be placed that make it “impossible” (some argue that impossible should be replaced with “difficult”)

Let’s dig a little more into the history of this amendment and ongoing interpretations:

We must first be educated in our rights, then refuse to surrender them and be willing to fight to keep those rights. Once a right is given away, it is near impossible to take it back from those to whom it was given away.

Never surrender your freedom to a govt in exchange for got provided safety. You will end up with neither freedom nor safety.